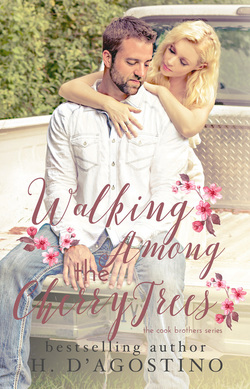 Taylor Cook was the last thing Morgan McGregor expected to find when she stepped off the train at Cherryville station to spend the summer with her grandmother, Virginia. She didn’t know that the boy who befriended her would one day fill her heart with both joy and pain.

First love can be magical. It can reach inside you and grip your heart with a force that you never see coming, and can’t deny. It’s powerful and sometimes debilitating, but most of all… it can break you in ways you never thought possible.

How do you recover when the one the person you thought would always be there, pushes you away at the time they’re needed the most? How do you move on with your life and forget the boy who stole your heart all those years ago? How do you go back to that place knowing that seeing him will cause your careful façade to crack into a million pieces? It’s simple you can’t, but sometimes you have to.

When Morgan gets the news that her grandmother’s passed away and she’s the heir to her estate, she hardens heart in preparation of going back to face him. What happens when she steps off that train again? Will the feelings she’s worked so hard to forget come rushing back and threaten to drown her? Will he even still be there?

Walking Among the Cherry Trees is the first book in The Cook Brothers Series. 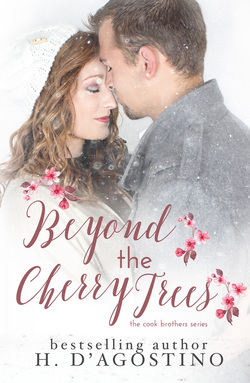 Tyler Cook has everything he ever wanted. He’s living in a luxurious apartment and working at one of New York’s most prestigious law firms, all while becoming one of the city’s biggest playboys. Women flock to him, and he promises them nothing in return. The more they give, the more he takes. Even though it doesn’t help fill the hole she left in his heart.

One moment can change your life. A few words can send it down a path you never planned, careening toward someone you don’t truly want.

What happens when Mia comes back and he isn’t the same man she left behind? Will she accept him for who he has become? Can he find the man he was, the man she left? Can he forgive her for walking away?

Sometimes we have to go back to the beginning to realize what we had in the first place.

Beyond the Cherry Trees is the second book in the Cook Brothers series. 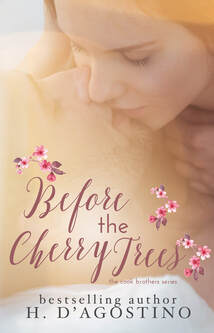 There are always those unexpected moments in our lives that make us realize that we aren’t in control.
I’ve known Sharron was it for me for as long as I can remember. We met when we were just kids, and fell in love. At eighteen when she told me she was pregnant, I did what I’d always planned to do… I asked her to marry me.
As the years passed by so did our dreams. We grew up fast, but our love never faltered. Our marriage was solid, and I thought we could survive anything… but I was wrong.
‘For better or worse’ is easier said than done. When you feel like everything is crumbling around you it’s easy to give up and walk away, at least it was for her.
I have no intention of letting her go. She’s my other half, and I know she can find her way back to me. I just need her to remember how we were before the cherry trees.