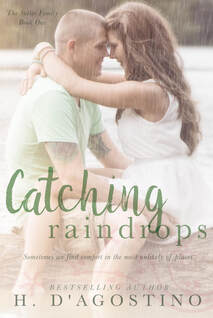 Ever feel like your entire life has been planned out for you before you were even born?
As the only girl in the Sutter family and daughter of an ‘almost Olympian’, my parents have always had goals for me. I never questioned them and always strived to be the best. I thought I knew what I wanted in life until I didn’t.
One mistake, and the straight path I had planned was suddenly crooked. Goals that I’d worked for since I was little didn’t seem so important anymore; And the one place I never thought I’d go back to was the only place I wanted to be… home, where I found comfort in the most unlikely place.
At six years my senior, Brock Foster has always been unattainable. He was the boy that filled my fantasies. I resigned myself years ago to never feel his touch, never know what his kisses were like, or to have him wrap me in his arms. I never thought when I came home that he would still be there, or that he’d remember me.
Sometimes the future that we think we want isn’t what we need. Sometimes those bumps and turns mold us into who we were always meant to be, and sometimes they lead us to who we should have always been with.
Brock Foster helped me to embrace my path. He taught me to stop and catch the raindrops, and open myself to love again. 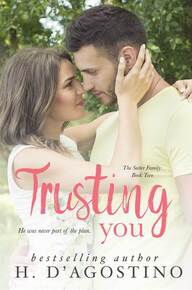 I had a plan… Go to college, get good grades, start fresh. I knew I’d have a clean slate, and I could be anyone. I was right on track until I spent the summer with my roommate, Emma.
Aaron Sutter was everything I told myself to stay away from… a player, smooth talker, and sexy as hell. He was not part of the plan. Girls fought for just a minute of his attention, and would pretty much do anything to get it. I swore I would never be one of them, but Aaron and my heart had other plans.
It’s funny how the heart works. It doesn’t see the pain coming its way. It doesn’t understand that one moment could change everything. One crack could destroy the very foundation that it’s balancing on. Aaron was that crack for me. He pushed inside, wrapping himself around my soul and never letting go. I wanted to let him in, but was he ready for the past I worked so hard to escape from?
Trusting you is the second book in The Sutter Family series. 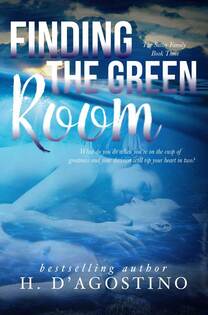 I’ve always known what I was meant to do… surf. I’ve spent practically every day in the water since I was six searching for the green room. This is where I met my best friend, Ryan. We’ve been inseparable for the better part of our lives. He has always ‘just a friend’, and I am ok with that.
As time passed, our friendship evolved into what I thought could be love, only to be tested. A chance to go pro, to find the green room, was right within my grasp. I had a choice to make… Ryan or the future I’d only dreamt about? 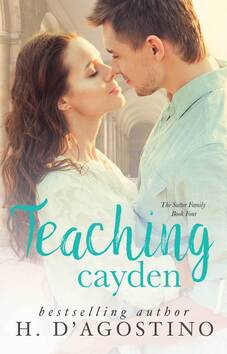 As the youngest member of the Sutter family, Cayden was always known as ‘the smart one’. Meeting women and playing football might have been his family’s thing, but not his. He was on track to graduate and pursue a degree in physics until he met his nemesis, math. Addison Porter is a math genius and studies in the same spot of the library every day, that is until one day when her seat is taken. Never being one to back down, she orders the squatter to move. When he offers to share the spot instead, she reluctantly agrees. After noticing her extensive text book collection in mathematics, Cayden asks for help. What started out as a simple request soon turns into so much more as Addison hides her identity. Not knowing anything about the woman, Cayden goes on a mission to find her, one that lasts for over a year. What happens when he finds her? Does she have a reason to remain anonymous? Has Cayden finally met the one who will change his plan for the future? Teaching Cayden is the fourth book in The Sutter Family Series. Join Nick, Cam, and the rest of the gang as we go back to Wilmington one final time.