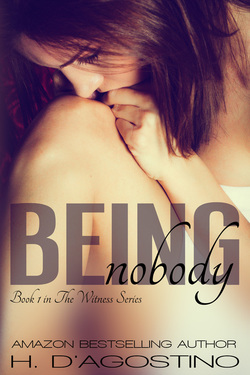 Samantha Connelly has been on the run since she was seven years old. Forced into Witness Protection after her father saw something he shouldn’t has caused ...her to learn to blend in. She’s moved, changed her name, and her appearance more times than she can count over the last nineteen years all along wondering if it will ever end. Her handler, Kevin, along with her parents have assured her that it won’t be forever, but as the years tick by she’s slowly given up hope that she’ll ever be normal.
Now at 26, Sam has moved to Chicago and is working at The Rusty Nail as a bartender calling herself Mallory. Her father passed away two years before leaving her to finish what he started…put away the ‘bad guys’. Living on the run in hiding has been harder than she ever imagined, and finding love has always been out of the question. Who would want to be with someone they couldn’t be honest with? She’s resigned herself to being alone, until… Brian walks in.
Brian Sellers is everything Sam has been trying to avoid her entire life. He’s clad in leather and torn jeans, donning several tattoos…all-in-all a bad boy. When their eyes connect one evening, everything she’s ever told herself falls to the wayside as an indescribable draw pulls her to him. He’s sexy and domineering, and something about him reminds her of a boy she used to know.
The more time she spends with Brian, the more she wants him, but…Brian is not everything he seems to be. When Sam happens to see the tat on his wrist, the same tat that her father saw all those years ago, she realizes she’s flirting with the enemy. Brian has no idea that he’s hanging out with the one girl his boss wants dead.
Can Sam hide her identity from the first man she’s had real feelings for? What will Brian do when he finds out who she really is? Can love really conquer all?
Being Nobody is the first book in The Witness series. 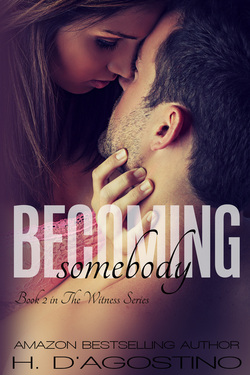 What happens when everything you thought you knew suddenly changes with a few simple words?

When Samantha Connelly fell hard for the one person that could rip her world apart she wasn’t prepared for the bomb he would... later drop on her. With a few words, Brian completely turned her world upside down and sent her into an emotional spiral.

Forced to leave town once again, she begged him to come with her…pleaded with him to choose her… to love her, but Brian had his own agenda that he couldn’t deviate from.

What happens when two people who are meant for each other are forced apart with no reunion in sight? How do you recover from the reality that you may never see one another again? How do you go back to being a nobody when all you want in life is to be somebody to someone? 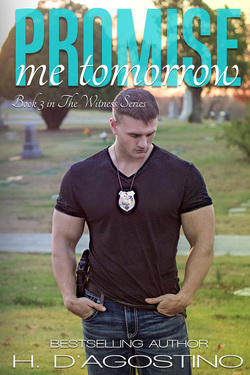 There’s only so much pain and loss one person can handle before they shut off emotionally.

Detective Jase Stevenson experienced more pain than any one person should have to bear at a young age. After walking in on his parent’s brutal murder, he vowed to get revenge on the culprit. What he didn’t plan on was her.

Tiffany Warner had her own set of problems growing up. All she wanted out of life was to be loved and to love someone in return. She never expected to fall for him, a man who seemed incapable of giving her the one thing she wanted… a tomorrow.

How long can one person wait before walking away? Are some people just broken beyond repair? Can Tiff convince Jase to let her in?

Promise Me Tomorrow is book 3 in The Witness Series. 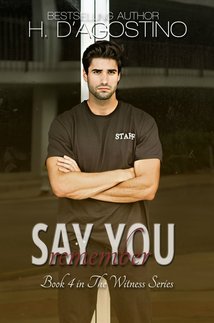 I had it all once…I was popular, a jock, the center of attention in any group, friends that followed me everywhere. I thought I ruled the world, and in my high school I did. Girls threw themselves at me, and I used them knowing they’d never mean anything until I met her…Danielle Reed.
I never planned on liking her or even falling in love, but I did. I fell hard, and I ruined it before it could really begin.
It’s been eight years now. I never thought I’d see her again, but here she is. The thing is, she can’t stand me. She reminds me every chance she gets of what a horrible person I was, and how she hopes I rot in hell. I know it would be simpler to just move on and forget about her, but I can’t. I can’t let her go, and I don’t want to.
Danielle Reed will be mine again. I just need to make her remember.
Say You Remember is book 4 in The Witness Series.
​ 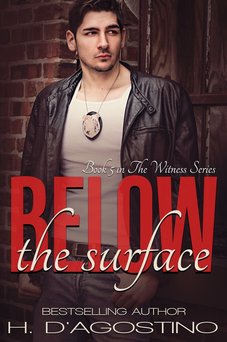 Things aren’t always as they seem…
I’ve lived by that motto for most of my life. I’ve hid who I am, who I used to be, and what I’ve done from anyone who dares to get close to me. At nineteen I lost my parents. I thought nothing in the world could be more painful. I was wrong.
When I met Leo, my world seemed brighter. I felt hope for the first time in months. He promised me a life of luxury, but things aren’t always as they seem. Leo had a dark side, one that he hid from me. He pulled me under and held me captive, making death seem like the only way out.
It took me two years to escape. I ran never looking back until now. My life is finally coming together. I have people I trust, a job, and a safe place to call home, but things aren’t always as they seem.
One night, one phone call, one moment causes it to all crash down. Leo has my sister, and he wants to trade her for me. The one person I can trust is the only one who could also tear me apart… Detective Jeff Horn. He’s got secrets just like me, and seems to understand me better than I do myself.
How do I tell him my darkest secrets? How do I go back to a place that nearly broke me? How do I let him see Below the Surface?
​ 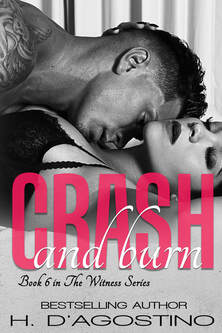 Detective Mark Colby is used to being in charge whether it’s on the job, or in the bedroom. He knows the rules and follows them to the letter, that is until she steps into his station.
Detective Antonia Rossi has always had to fight her way to the top. Being the police commissioner’s daughter in a male dominated profession has always come at a price. When she’s assigned as Mark’s new partner, she knows she’s in for a fight. Mark’s reputation for dominance proceeds him, and he makes no effort to hide it.
Can duty override desire, or will it end in a fiery crash of wills? Sometimes the crash is worth the burn. 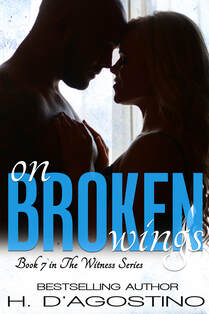 Free spirit. Determined. Destined for greatness. These were all words used to describe me once upon a time. I was an elite gymnast on the fast track to success. I sacrificed everything for my future, including a social life. My friends didn’t understand, boys called me frigid, but I would prove them all wrong.
A single date changed it all for me. One night with Nate Carter tipped my entire world tipped my entire world off its axis. Black and white turned to gray as lines were crossed and promises I’d made myself years ago were broken. He sent me into a downward spiral that only my brother could save me from. That is, until I met Evan…
It’s amazing how a few words can change your outlook on life. A kind gesture can make you see the beauty around you, and teach you to believe in yourself. Evan did that… he healed me and taught me to fly again.
Follow Jenni’s journey in On Broken Wings- book 7 in The Witness Series.